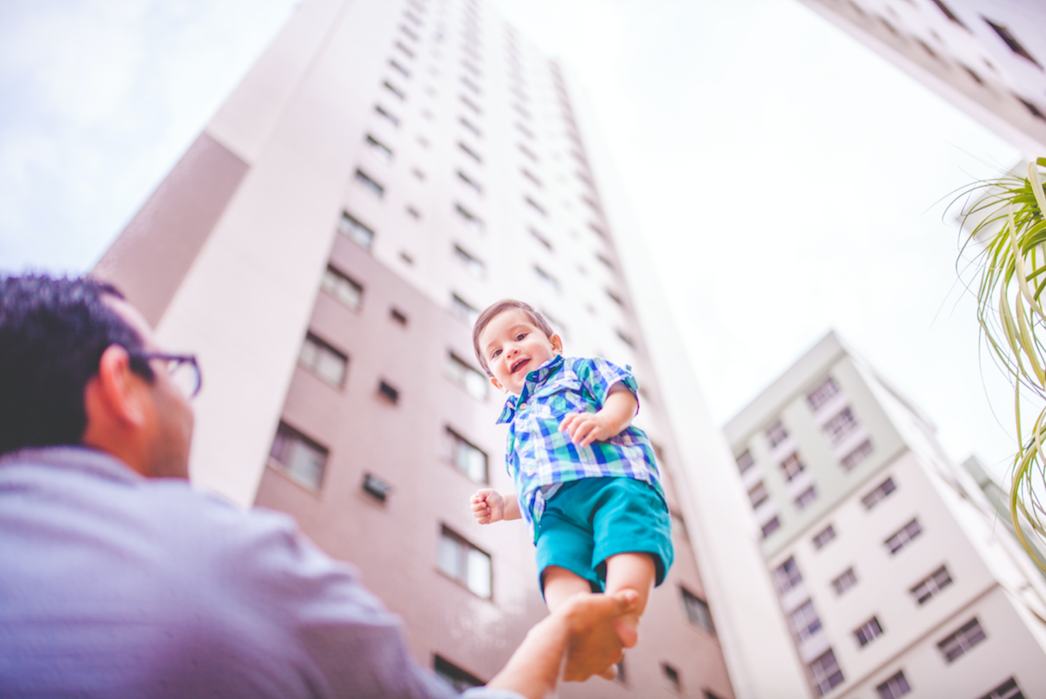 I was browsing the library when two children, a boy and a girl were running up and down the aisles of books playing a noisy and apparently very enjoyable game of tag. The elderly gentleman sitting on the other side of my laptop station got up and found mom who was at one of the library computers.

“Are you their mom?” his question burned. “Yes”, the blond thirty something distractedly responded. A glare, and then: “Well, can’t you get your kids to behave?!”

As the father of young children, I have seen similar scenes play themselves out on playgrounds, in synagogues, and in restaurants. Other versions of the question (really an accusation) include: “Can’t you control your kids?!” and Can you make your kids shut up?!” People witnessing the childish rancor are usually also annoyed and usually agree (often silently, but not always) with the accuser: “Yeah, what type of parent are you anyway?”

A combination of guilt and embarrassment results in the parent apologizing for the disruption and using a heavy-handed tone (or maybe just a heavy hand) to threaten and intimidate the child(ren) into submission.

If you google “How to make your child behave” several pages of articles, tutorials and videos will come up. Some more useful than others, none (that I saw at least) called into question the very premise that “getting our children to behave” or “controlling them” is a legitimate parental responsibility and goal.

Is controlling another human being’s behavior a noble pursuit? Most adults, (even if they conduct themselves differently in real life) would agree that trying to control others and forcing them to do what we want is disrespectful. It indicates a lack of regard for the individual as a freely operating autonomous being. It’s an insulting and ultimately ineffective way to engage with others, even those that you are responsible for.

Let’s consider and carefully define our responsibility as parents. The first assumption that I am going to make is:

Our children do not belong to us. They are not our property and do not exist to serve us.

Is this obvious? We may acknowledge it and yet conduct ourselves in ways that insidiously imply otherwise. A typical example is the popular Jewish notion of “nachas”. Loosely translated, nachas is the idea of a parent receiving pride, joy and satisfaction from a child. New parents often receive the blessing of: “May he give you a lot of nachas or “May she be a great source of nachas.” Although the well-wishers certainly have the best intentions, such a statement can be taken to mean that the purpose of a child’s existence is to be a nachas generator; to serve the parents needs for pride and satisfaction. Our children do have a mitzvah (commandment) to honor and respect us and yet, this does not imply that the purpose of their existence is to serve us. Our hopes and dreams are not theirs. Even our beliefs are not necessarily theirs. They are unique souls that we have been entrusted with. Which leads to my second assumption:

A parent’s responsibility is to parent.

Our responsibility is to nurture and guide our children to fulfill the purpose for which they were created. Rather than trying to control them, we learn to control ourselves and be the parent our child needs. If we see our children misbehaving in public, our goal is not to control via intimidating threats, harsh words or worse; that is not in our job description. Rather, we need to use the earned gifts of experience and wisdom to consider how best to teach them respect for other people and public spaces. That may initially require gently silencing them or removing them from the area, but that is not the goal. In fact, at that point, our job as parents has just begun.

Getting Married? You Need to Know This.
Scroll to top